Despite the fact Spain was already going to take part at Eurovision 2014, RTVE has officially confirmed participation today via the official web site of the broadcaster. This announcement has been confirmed after the Spanish Head of Delegation Federico Llano gives the official participation documents to Jon Ola Sand in Geneva (Switzerland). 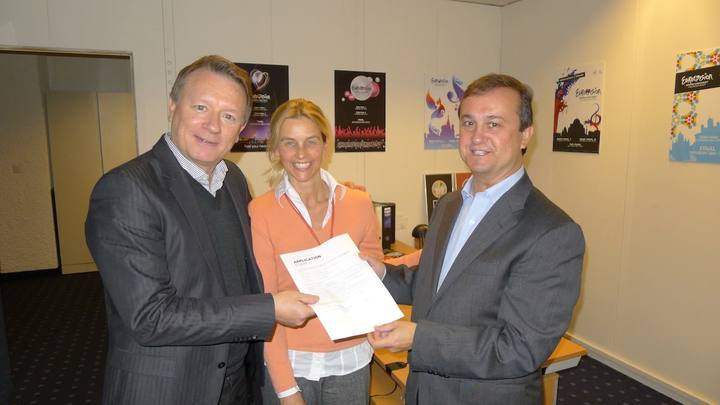 TVE will reveal the procedure they will use to select their entrant for Copenhaguen very soon, not confirming If It will be internally (last two years) or externally selected.

They have also published a resume with information about other countries’ procedures as well as the new of their neighbours’ returning (Portugal), check the article here.

Stay Tuned to ESC+Plus in the coming days!