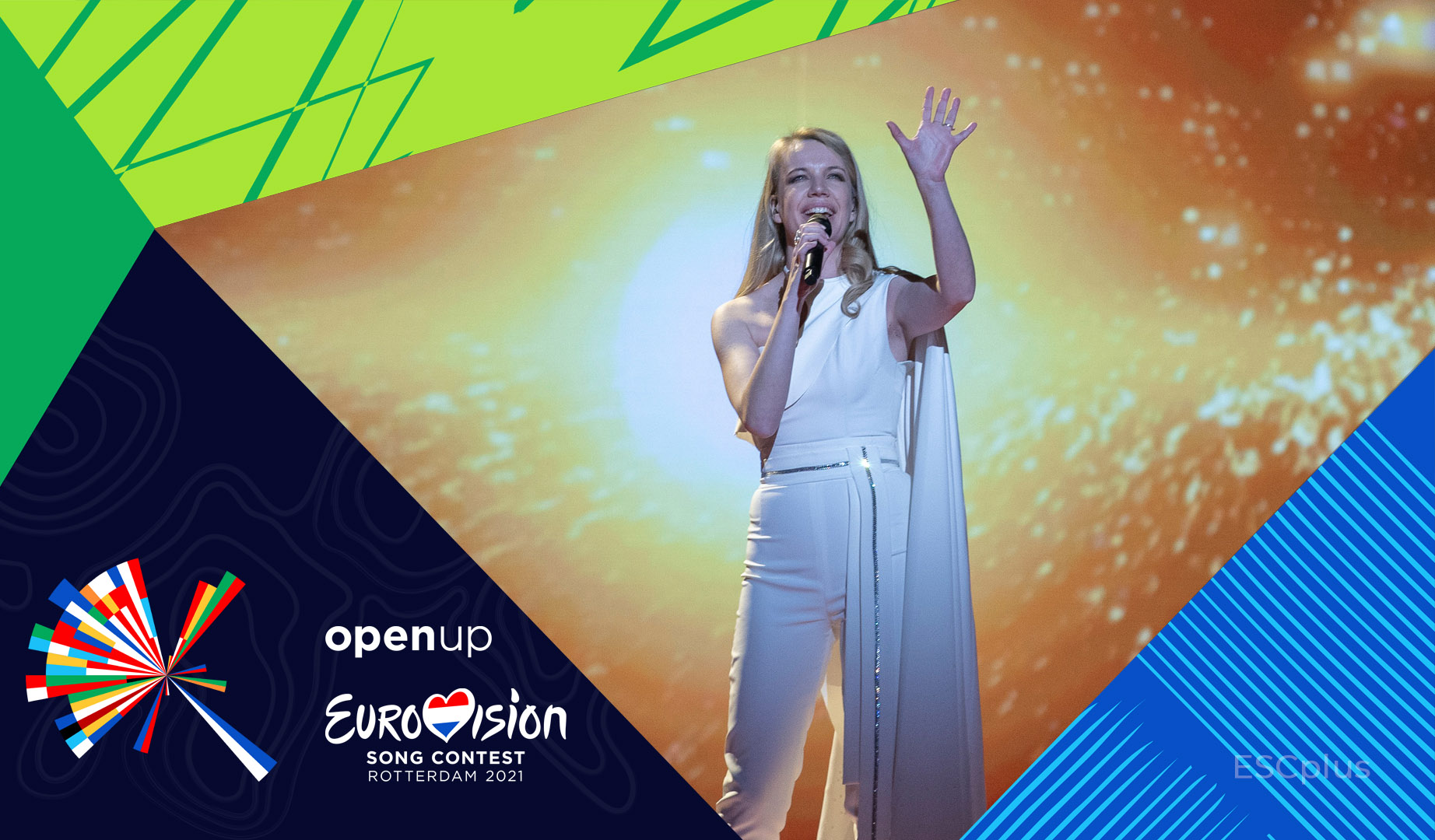 A few moments ago, the EBU published visual content about the first rehearsals of the Slovenian delegation on the stage of Eurovision Song Contest 2021.

Here you can see a fragment of the first Slovenian rehearsal:

In 2014, Ana performed a sold-out solo concert at the Veneto Jazz Festival in Venice, which also hosted names like Keith Jarrett, Cassandra Wilson and Chick Corea.

In 2017, she sang in Dubai, Naples and Monaco, and performed with a symphony orchestra at the Lignano Sabbiadoro amphitheatre.

In 2018, Ana undertook further vocal training with Dileesa Archer (a professional in soul, gospel, R&B) in the United States. At 18, she set foot on her path as a songwriter as well.

Soklič has competed twice at EMA (Slovenia’s national selection show) and 3 times at the Slovenian Song Festival, where, in 2019, she won 2 jury awards for best interpretation and best song overall.

The Savica-born songstress has often performed her tracks with the backing of a symphony orchestra, including the RTV Slovenia Symphony Orchestra. However, her favourite gigs are when she’s working with smaller ensembles as she feels the connection with the audience is at its most genuine and intimate.