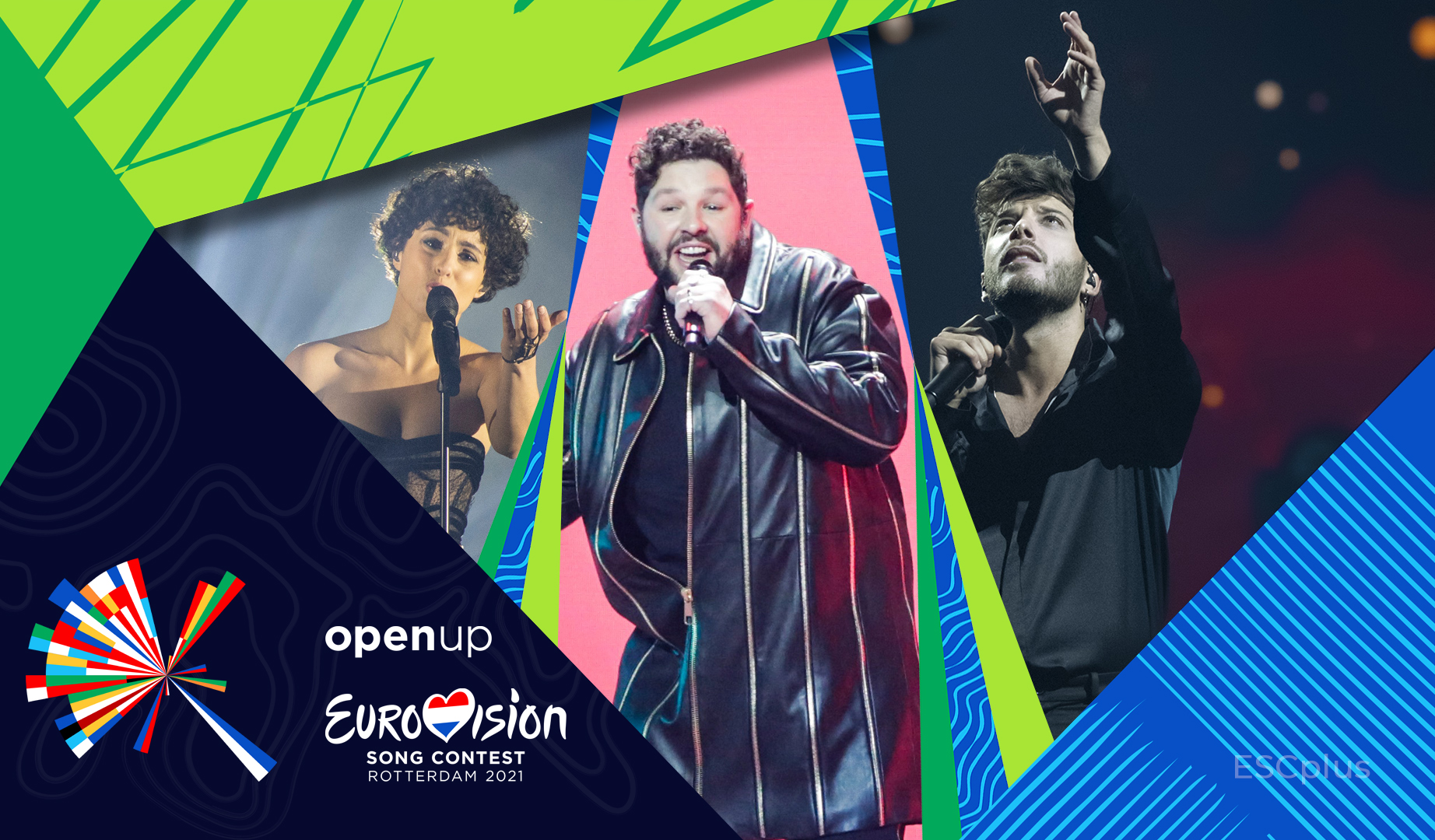 This is how these BIG 5 countries, which are already qualified for the grand final, will look like on stage on Saturday!

The excitement grows as Eurovision 2021 is currently selecting its finalists for Saturday’s grand final. As you know, there are some countries which are directly qualified for the grand final, as every year since 2004. We are talking about the BIG 5 and Host Country: France, Spain, Italy, United Kingdom, Germany and The Netherlands.

Since 2015, the EBU allows these nations to perform their entries in the semi-final they have been drawn and allocated to vote. Thus the audience will be able to watch and engage with them earlier.

The 1st semifinal already saw the performances of Måneskin from Italy, Jendrik from Germany and Jeangu Macrooy from The Netherlands but today it was time for Barbara Pravi (France), James Newman (United Kingdom) and Blas Cantó (Spain) to showcase their performance on Rotterdam Ahoy’s very own Eurovision stage. The performances were recorded at the jury rehearsal last night and tonight; the official YouTube Eurovision channel uploaded them while the EBU, NPO, NOS and AVROTROS, aired the respective short-length clips during the official broadcast. Here, we bring you them all: