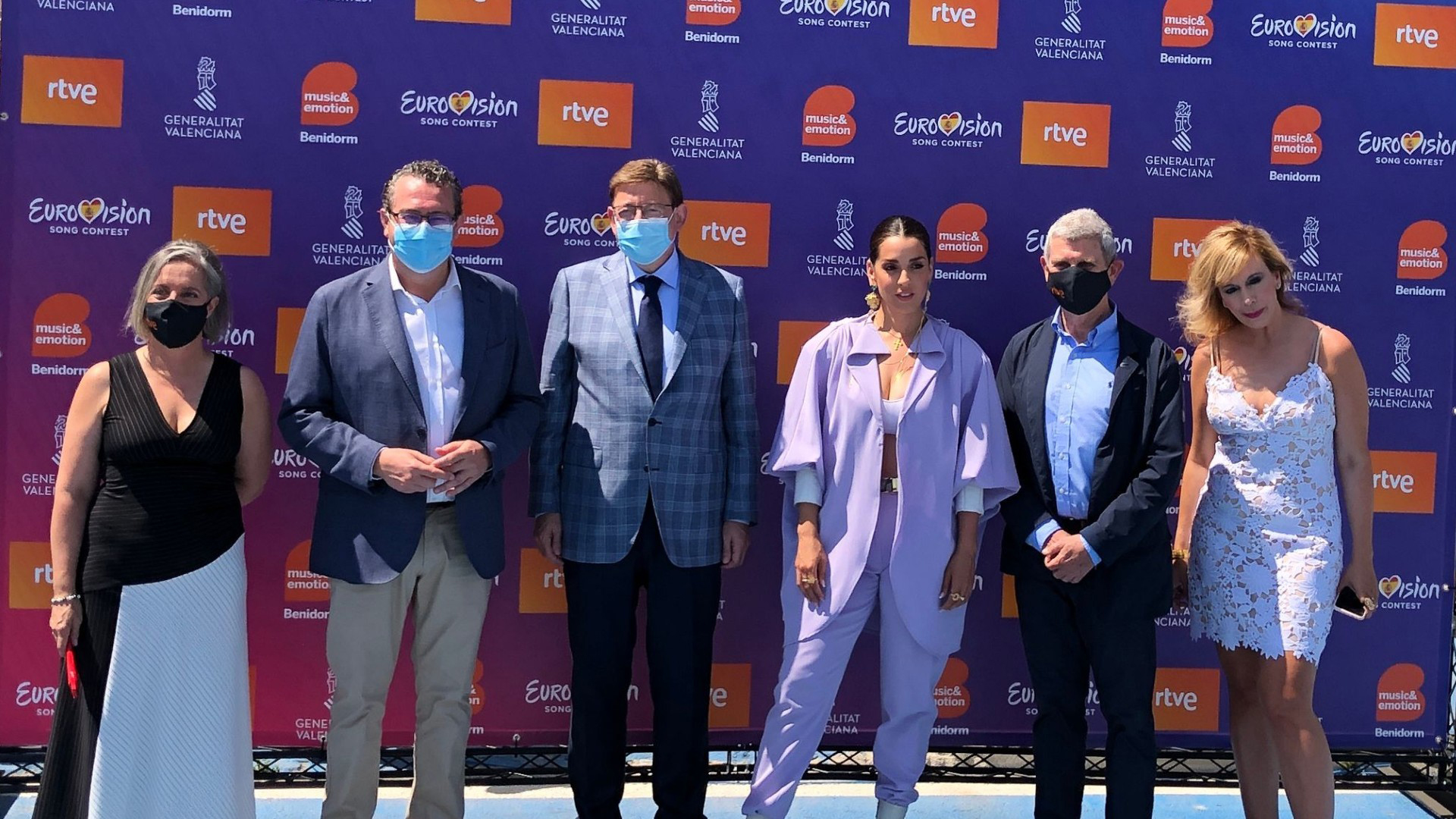 This morning and after more than an hour of a press conference for the media convened in Benidorm, Televisión Española has confirmed that the Spanish representative for Eurovision 2022 will be chosen through a renewed edition of the classic “Benidorm Festival”

In a collaboration between public institutions of our country without close precedents, Spanish Television, the Benidorm City Council and the Generalitat Valenciana have presented to the media in style and in an institutional act what will be the national preselection for the next Eurovision Song Contest 2022

During this intense institutional act sponsored by the Spanish representative in Eurovision 2014, Ruth Lorenzo. The general protocol of collaboration between RTVE, the Generalitat and the Benidorm City Council has been signed for the celebration of a musical event for the election of the representative of Spain in Benidorm. The event was attended by the president of the Generalitat Valenciana, Ximo Puig, the mayor of Benidorm, Toni Pérez and the president of RTVE, José Manuel Pérez Tornero

Held in Paseo Tamarindos, the Cala de Benidorm area, a general outline of the entity’s intentions for Eurovision 2022 has been presented, announcing, among other things, that a renewed edition of the Benidorm Festival will take place during the month of January and it will consist of three shows, two semifinals and a final, which will be broadcast both by La 1 and by Radio Nacional de España.

The entity thus ensures a long-term strategy with a selection process that will last over time. TVE wants to carry out an annual planning of the Eurovision process to try to bring together all the young Spanish musical talent, through a well-designed visual show and several working groups that analyze the national teams of other countries. The public corporation will have external consultancy to help make all the modifications and improvements that the process requires.

RTVE has also confirmed that it will appoint in the coming weeks a new person responsible for exercising the position of chief or head of delegation, replacing Ana María Bordas, in the position since 2017. Televisión Española will begin to work on the contest through a open call, of which we will have more details in the coming weeks.

The winner of the festival will be chosen 50% through a professional jury made up of music professionals and prestigious international personalities. The chosen songs can be seen on RTVE Play this fall. And, as announced by the entity, they could compete in separate categories, between established and new artists. The Valencian public channel, A Punt, will play a strategic role in the competition that has not yet been revealed.

As for the venue, the organization that is preparing the event is negotiating with two venues. One of them, as we show you this weekend, would probably be the Benidorm Palace, a venue remodeled last year and which has a capacity for more than 1,600 people, while the other is unknown. The new event in the city of Benidorm, as we have already mentioned, is financed almost entirely by the Generalitat Valenciana, completed by the City Council and several private companies.

The choice of songs for the renewed Benidorm Festival falls to the public radio television, RTVE. The idea is that the festival is a showcase to the world of the city of Benidorm and the Valencian Community, so that both will be great protagonists throughout the entire event The reference to follow when making this new version of the Benidorm Festival is the Viña del Mar Festival, and not Sanremo as one might think at first.

The public channel is already working in the 66th edition of the European contest, to be held in Italy. The president of the Corporation, José Manuel Pérez Tornero, stated a few days ago that RTVE was going to take Eurovision “very seriously”. “We are the only Spanish public television that belongs to the EBU, we are interested in the event and in contact with youth in their European context,” said Tornero.