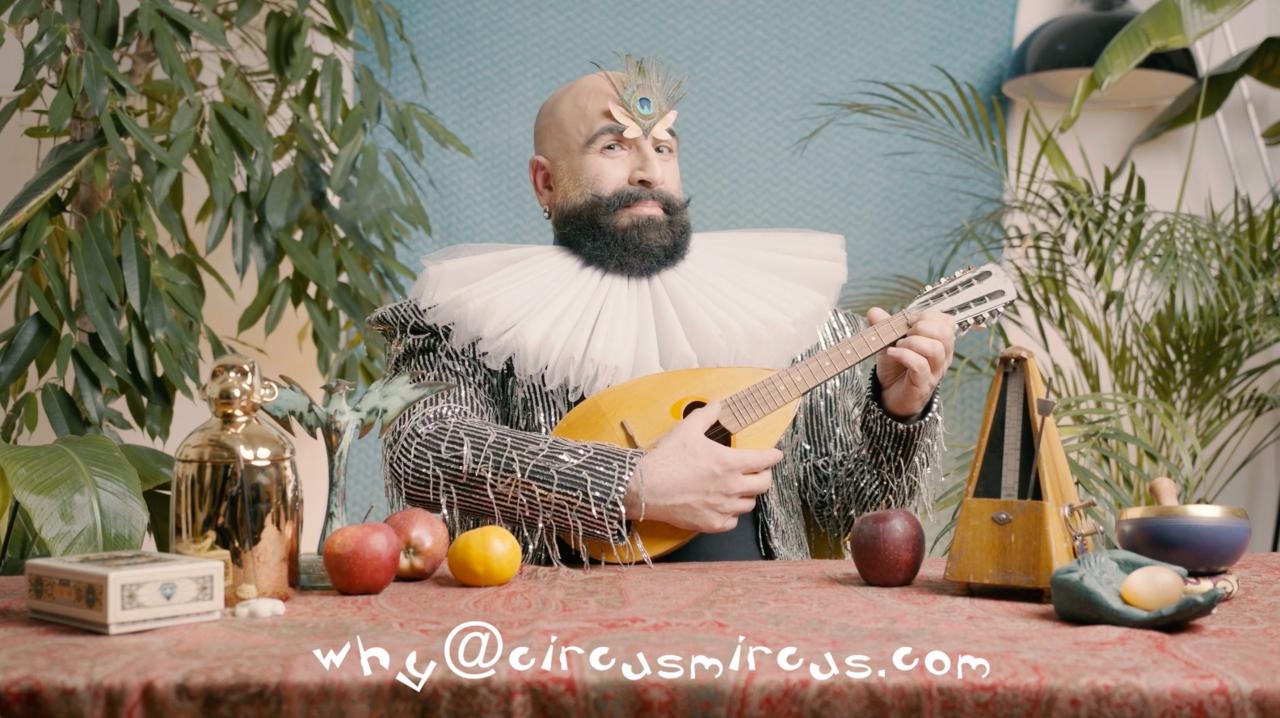 Eurovision.tv has received this morning news from the Georgian delegation. Circus Mircus will be in for the country next May in Turin.

This morning a mysterious letter from Georgia arrived at the Eurovision Song Contest letterbox in Geneva:

This is a message from Circus Mircus.

We would like to inform you that according to the decision made by the Georgian Public Broadcaster, at the international song contest Eurovision, Georgia will be represented by Circus Mircus.

Circus Mircus is a movement that brings together dozens of professionals from different fields to create an unprecedented audio-visual experience.

The cornerstone of their philosophy lies in the complete neglect of musical frameworks.

In a special report broadcasted some days ago on their website, Georgian Public Broadcaster (GPB) announced that they have selected their singers for Eurovision Song Contest 2022 in Turin. They said it will be a “group with an original concept”, and their components will be announced step by step. Those part announcements are the basis of the originality of this year’s Georgian project for Eurovision.

GPB’s also emphasized the decision to make an internal selection instead of Georgian Idol or any other public selection method due to the COVID-19 pandemic. This full decision (group and song) has been made by the First Channel Art Committee and a group of music producers.

Georgia’s debut at Eurovision was in 2007 in Helsinki with Sopho Khalvashi and her song ‘Visionary Dream’ that finished in 12th position with 97 points. Since then the country has been in all editions with the exception of 2009 when ‘We Don’t Wanna Put In‘, the song selected to be sung by Stephane & 3G was disqualified by the EBU due to its political lyrics against Vladimir Putin.

In its 13 appearances in the contest, the country has been in the final only 7 times with 9th place as its better qualification in two consecutive years: in 2010 with Sopho Nizharadze and ‘Shine‘ and in 2011 with Eldrine and her song ‘One More Day‘. From the 6 times that Georgia hasn’t been in the final, 4 of them has been consecutive in the last years, from 2017 to 2021,

Georgia has been intercalating during this year’s different national finals formats with internal selection or a mix of both. For 2019 and 2020, GPB decided to recover Georgian Idol for their Eurovision Selection. The winners of those editions Oto Nemsadze and Tornike Kipiani travel to Eurovision Song Contest but none of them qualified for the final.

After being selected internally due to Eurovision 2020’s cancellation because of Covid’s pandemic, Tornike Kipiani represented Georgia in Eurovision 2021 at Rotterdam with his song ‘You’ written by him in English. He was eliminated in the 2nd semifinal after finishing in 16th place with only 16 points, 1 from the jury and 15 from the public.