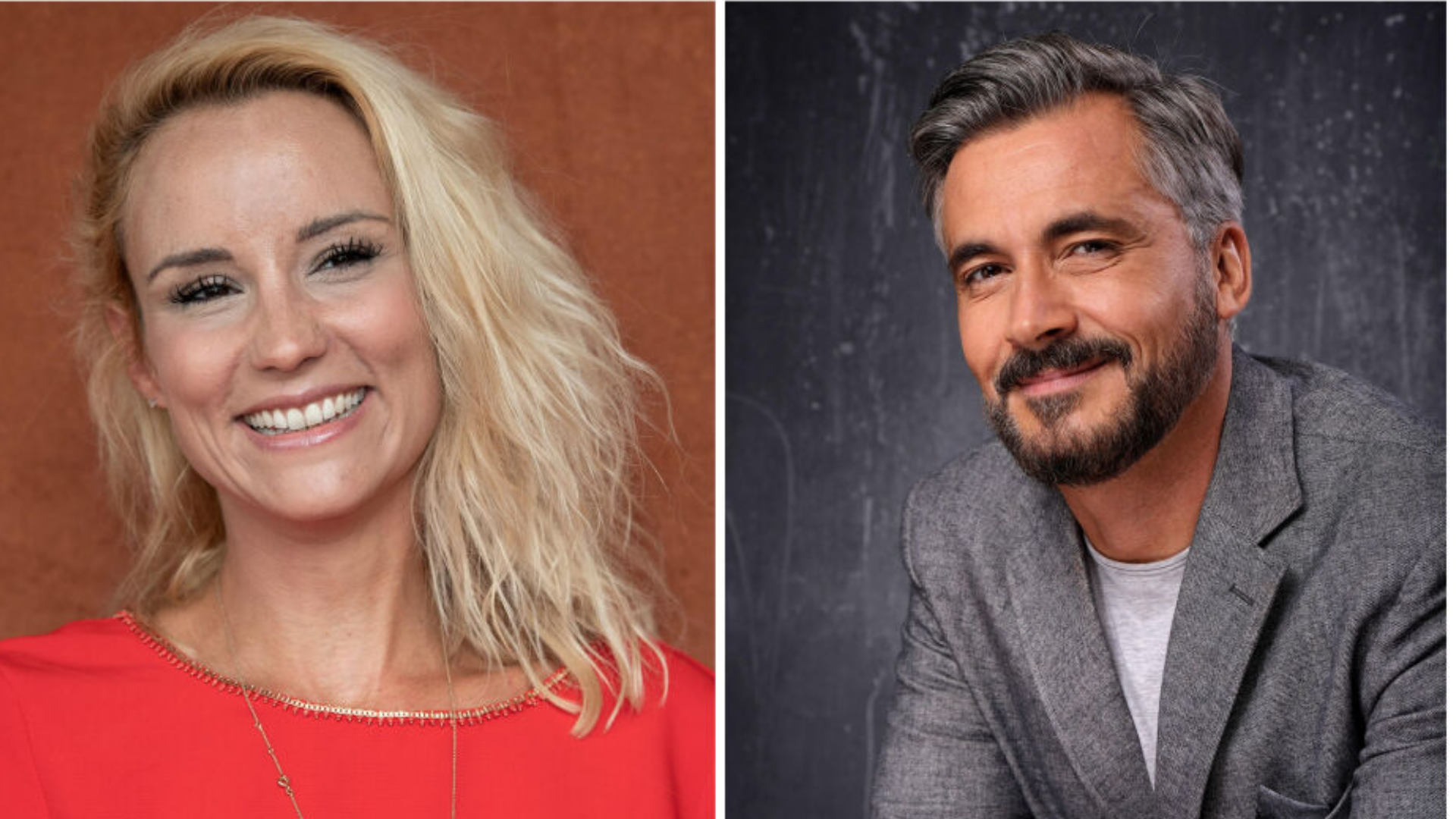 Just a month to go for the 19 edition of the Junior Eurovision Song Contest, Le Parisien journal reports that Elodie Gossuin and Olivier Minne have been chosen by France Télévisions to host the contest, which will be held in Paris on December 19 at La Seine Musicale.

Elodie Gossuin (Reims, December 15, 1980) is a beauty contests winner, model, radio and television presenter, columnist, and French regional politician. She was elected Miss Picardie 2000, Miss France 2001 (becaming the 72nd Miss France), and Miss Europe 2001. Since 2016, she is the French spokesperson announcing the jury points of France at Senior Eurovision.

Gossuin has hosted the Miss Swan show on TF6 since 2005. In 2006, she became a columnist for Public magazine and the Morning café show on M6. In March 2007, she joined the Direct 8 channel as contributor at Un Max de services television programme. From April 2004 to October 2011, she was part of the team of collaborators of the show Touche pas à mon poste! presented by Cyril Hanouna in France 4. On December 5, 2010 Gossuin and Jacky presented the Miss Nationale 2011 contest, a new initiative created by Geneviève de Fontenay. The event was also broadcast on the BFM TV channel.

In 2011, she co-presented with Enora Malagré the TV programme Ça va mieux en le disant on France 4. Since October 2012, she has hosted on the same channel Un coach pour changer ma vie, a controversial programme about therapeutic efficacy. In 2012, she contributed to the Faut pas rater ça! programme at the same channel. On April 29, 2016, it was announced that she would be the spokesperson for France at the 2016 Eurovision Song Contest. Her off-key interpretation of France’s entry that year went viral on social media and became the subject of numerous memes and video mash-ups. She was once again the spokesperson for France at the 2017 Eurovision Song Contest, and featured France’s points in 2018.

Olivier Minne (born March 18, 1967 in Ixelles, Belgium) is a Belgian-born French television presenter, actor and producer. He studied dramatic arts at Cours Florent, shortly after his television career began. In 1992, he began working for the French television programme Matin Bonheur, where he worked for five years in the mailroom. After his departure in 1997, he became host and co-producer of Cercle de minuit on the same channel.

For 20 years, his work has constituted an original contribution of major significance in many ways. His demonstrated skill and unparalleled creativity on the field have earned him widespread recognition. His career was marked by a nomination for a 7 d’Or award (equivalent of an Emmy Award in the United States) for Best TV Host in 2000, for his work with Universal Studios. It was the first time in the history of television that a French television presenter was nominated for his work with a major American company.

Minne was the French commentator for the Eurovision Song Contest from 1995 to 1997, having previously acted as the French vote spokesperson for the 1992 and 1993 contests. Having presented Le choix gagnant (1996), Jeux sans frontières (co-hosted with Jean Riffel in 1997) and the final season of Les Écrans du savoir in 2000, he also has hosted the game show La Cible on France 2. Minne then became the host (co-host along with Sarah Lelouch from 2003 till 2005 and Anne-Gaëlle Riccio from 2006 till 2009) of the popular game show Fort Boyard, a role which he has continuously had since 2003. In 2013, he co-hosted a series special to celebrate 50 years of Intervilles. In 2014, he hosted the French version of Pyramid on France 2. In 2017, he wrote a biography of Louis Jourdan: Le dernier french lover d’hollywood and has started a documentary on the French Hollywood actor.